Our topic this term is called Dinosaur Planet.

During Topic and Science lessons the children will be learning about dinosaurs and animals. They will be looking at why dinosaurs are extinct and what animals eat.

The children will be doing different styles of writing in English and using Talk for Writing techniques to help them.

In Maths the children will be focusing on addition and subtraction and some measuring.

The children found something rather strange in our outside area, on their first day back. We all went to have a look as we did not know what it was or how it had got there. The children then went away with an adult to write their predictions about what it could be. 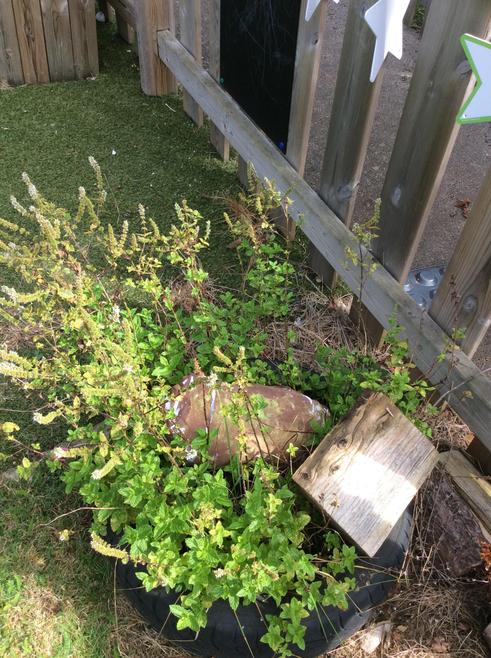 Thank you to the parents who stayed for our first parents morning!

As part of our PSHE lessons we have been talking about feelings. The children all had to do a Freeze Frame to show a specific feeling and the other children had to guess what feeling they were showing.

Can you guess how the children are feeling in these pictures?

The children had loads of fun making their own dinosaur using the junk modelling pieces.

The children had lots of fun making their own fossils. They had to mould the salt dough and create a pattern from an animal.

As part of our PSHE lessons we have been talking about how to work as a team.

The children had to work as a team to build a tower using straws, spaghetti and marshmallows.

Well done to Ruby and Antoni who won the ‘design your own alien’ competition. They won a very exciting book to take home.

Thank you to the parents who stayed to our last parents morning of the term. We were creating our own rangoli patterns to celebrate Diwali.